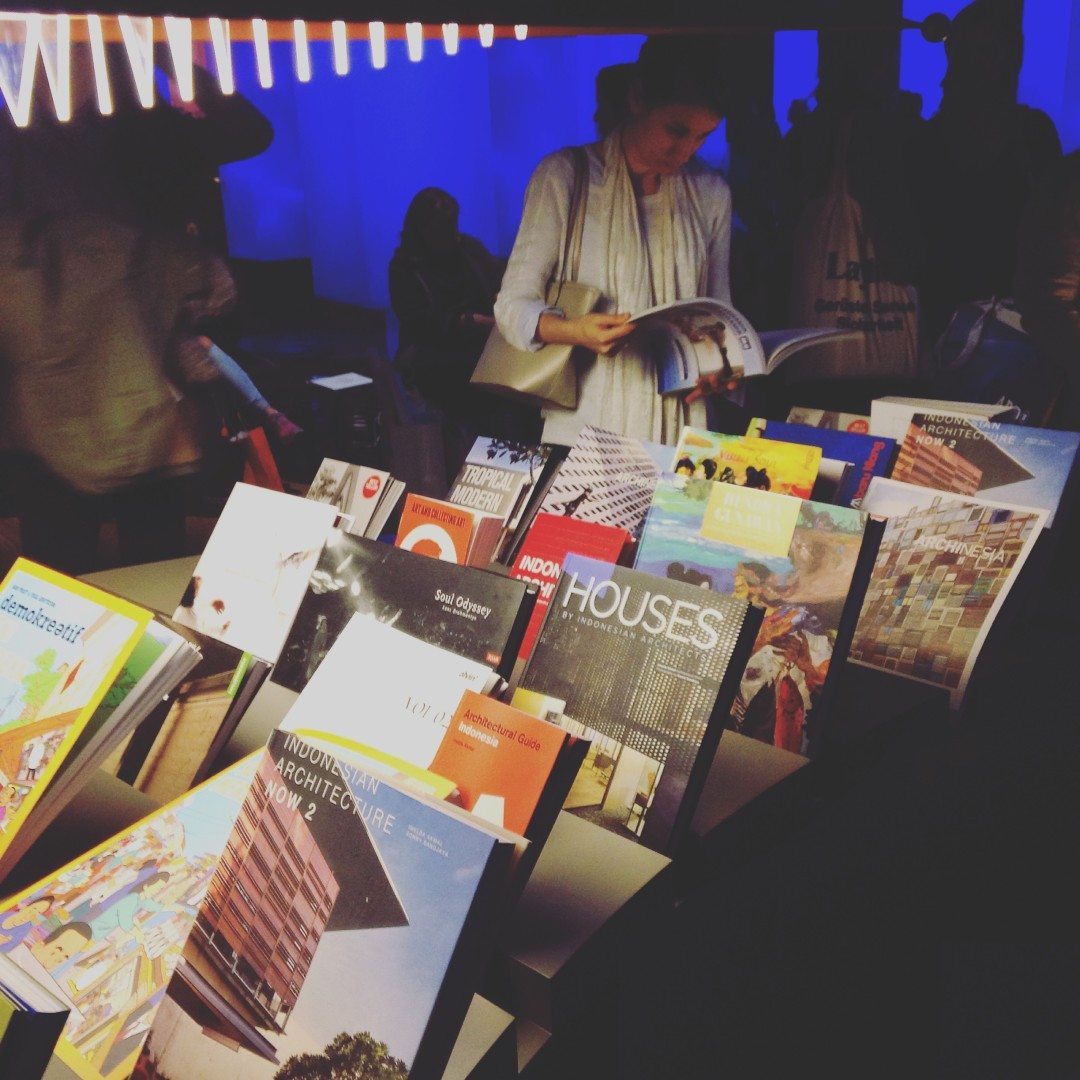 Once again, I got another opportunity to go somewhere with basically no significant efforts but had a huge impact in my life.
It’s an offer from my sister and family because they had one free seat in the car. I was a little reluctant in the beginning, but then I thought this was the biggest book fair in the world with more than 100 countries participated, and 7000 exhibitors. Especially, by the fact that Indonesia was being the guest of honor this time which (normally) will not come twice. Indonesia had to wait for 5 years to get to this position. I guess, this was meant to be for me to attend as well. I just needed to tag along in the car, and spend some bucks for the extra bed as well as some food and entrance ticket. What else could I ask for?

Frankfurt Book Fair: the world’s largest event of the publishing industry. The Frankfurt Book Fair has a tradition that spans over more than 500 years. Soon after Johannes Gutenberg had developed printing in movable letters in Mainz near Frankfurt, the first book fair was held by local booksellers. Until the end of the 17th century, it was the most important book fair in Europe. As a consequence of political and cultural developments, it was eclipsed by the Leipzig Book Fair during the Enlightenment. After World War II, the first book fair was held again in 1949 at the St. Paul’s Church. Since then, it has regained its pre-eminent position.

It turned to be a real amazing personal experience, because to be Indonesian and to be able to witness how Westerns adore the country you were born in, is definitely priceless. The sense of the pride was certainly coming in this kind of moment, in which I knew I had to cherish. All of the details of Indonesian Pavilion was done properly (huge space Indonesia got as a guest of honor), or I must say whole heartedly. Everything about it was simply marvelous, from the art installations until the performances. Not only that, but also the invited authors and contributors. They were all well-picked, all legends and again I emphasize I was super lucky to be able to meet them and admire them from close distance. Especially for the authors whom the book I read and had a relation with.

In the first day, I was strolling around and checking out some books when an architecture book was captivating me. I saw the author data, and the name was Imelda Akmal. The name was somewhat familiar, but I had never really encountered on what has she done until I opened the book and liking the concept she made in compiling the information from different architectures. The point is one, to optimize small spaces. Usually, I think thoroughly whether to purchase something. But after opening her pile of books in a section, my eyes captured one book called “Houses by Indonesian Architects”. The houses style inside the book is exactly how I visualize my future dream house. So I bought it.  I just didn’t want to not buy and regret after..
In the cashier, the woman said that the writers are somewhere around. I was looking for her to ask for photographs and autographs. She turned to be one of the influential people in architecture industry who focus in optimizing minimum space (minimalist – which fyi, I very much like the concept).  She gave me a business card and we took pictures together. I would definitely remember this time because this book would be an inspiration source of how my future house will look like.

Beside that, I also met Dewi Lestari whom the book I read and love! It’s nice to see her in person and listen to her excerpt of “Partikel”. Such an amazing and inspiring women. Being in the same room with them, with Slamet Rahardjo, Fauzi Bowo, etc give a different synergy to surroundings. Glad to experience it. I came back knowing name of authors I have never known before, and a philosophy I’ve never encountered before.

No regret at all! Caution: It’s a huge place and event, 2 days were simply not enough. Not enough to stroll around Indonesian part itself. 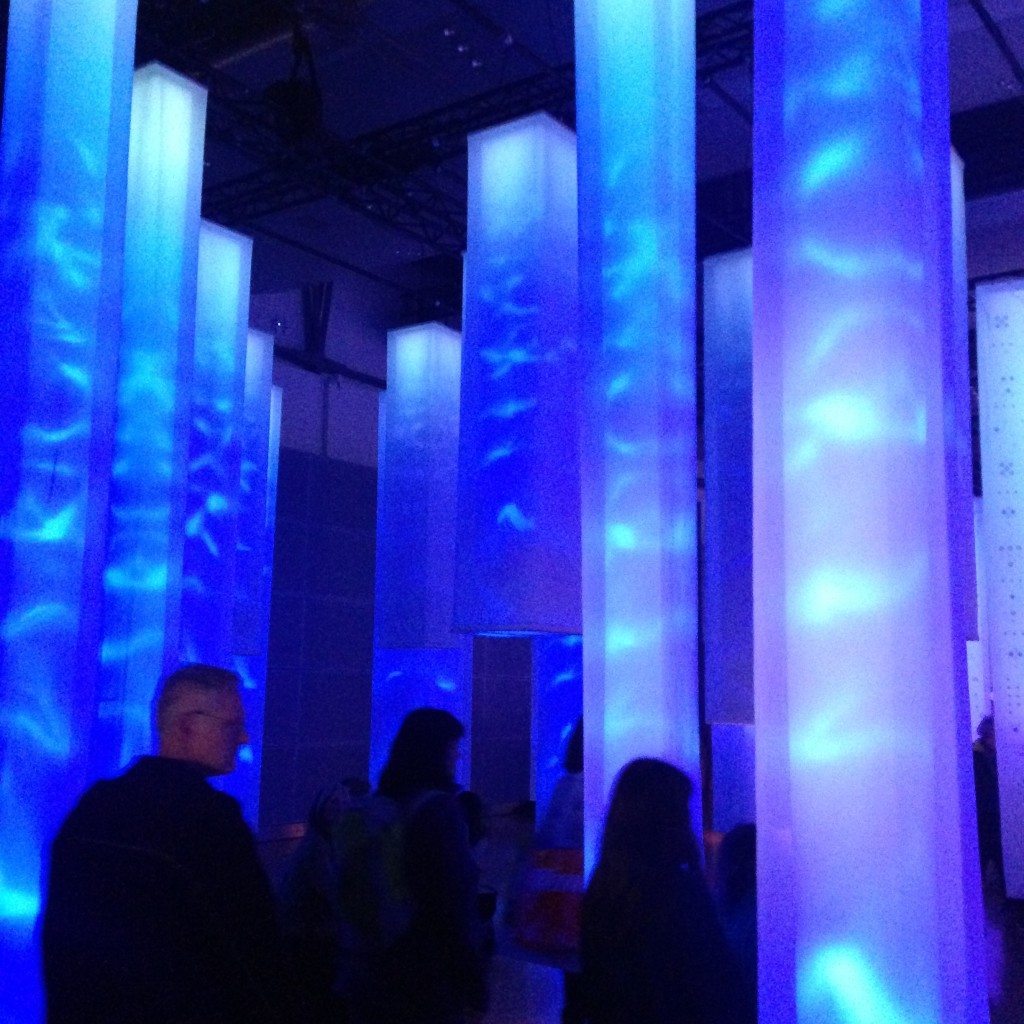 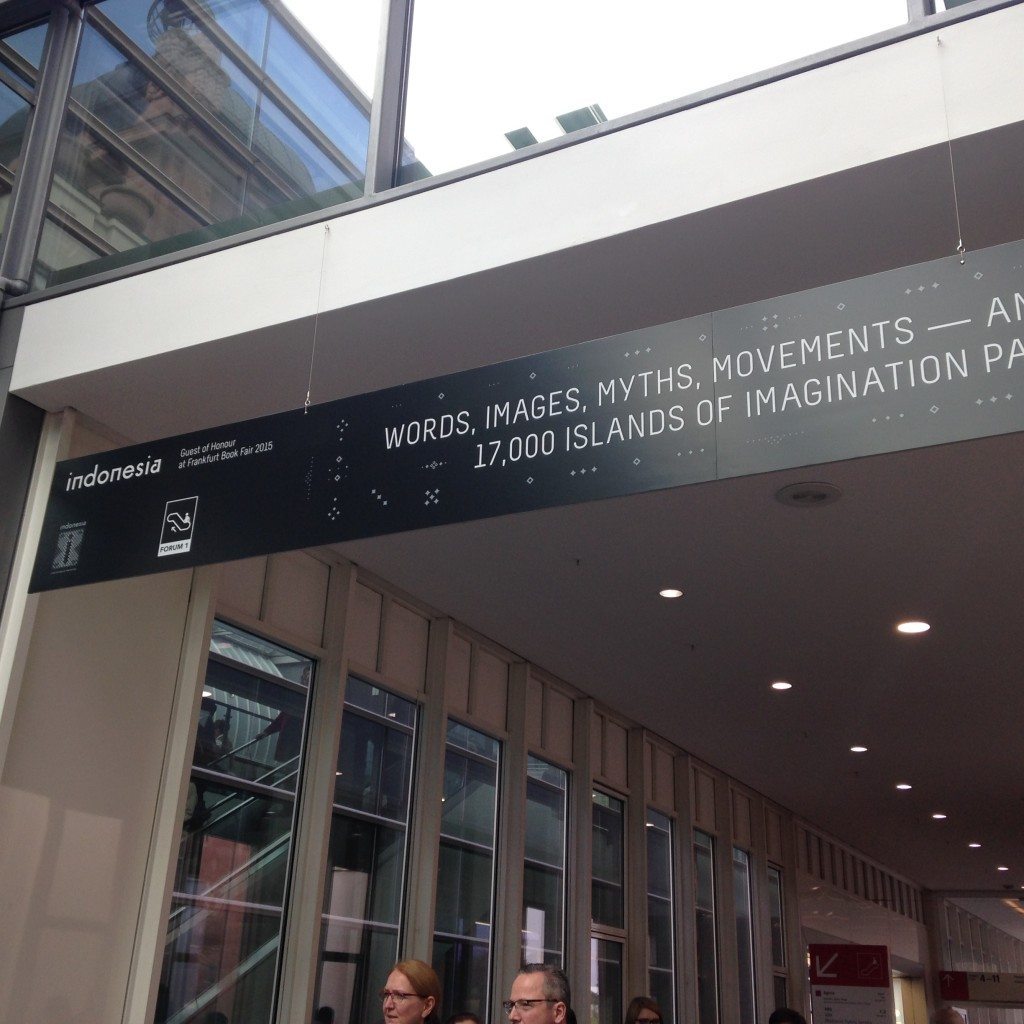 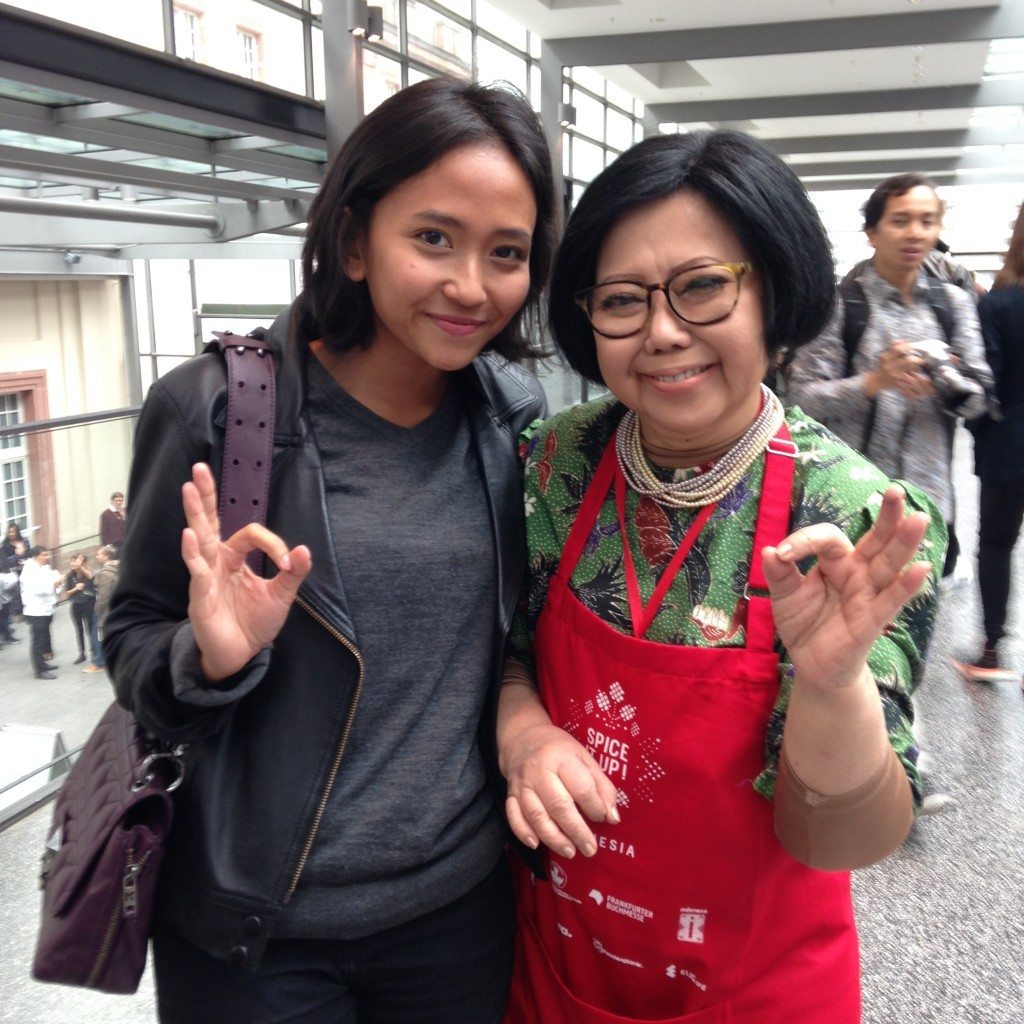 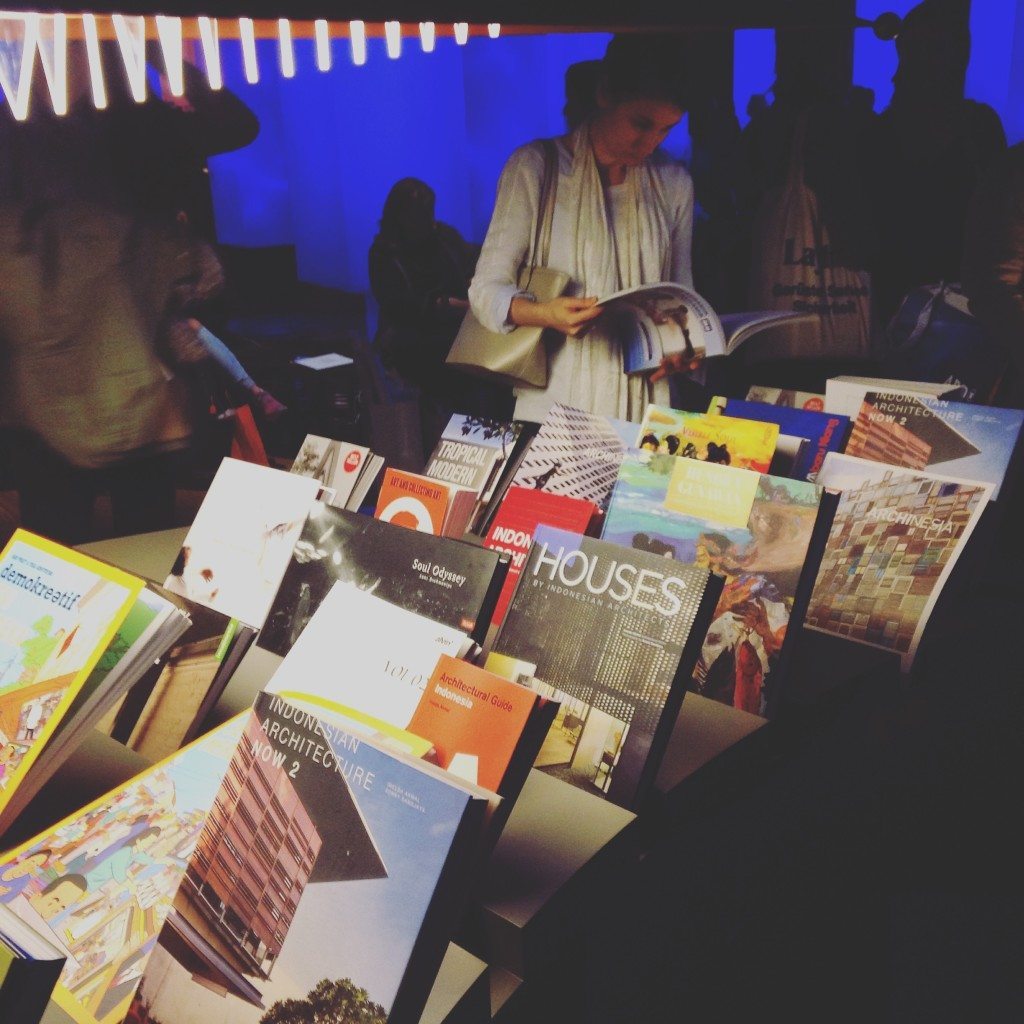 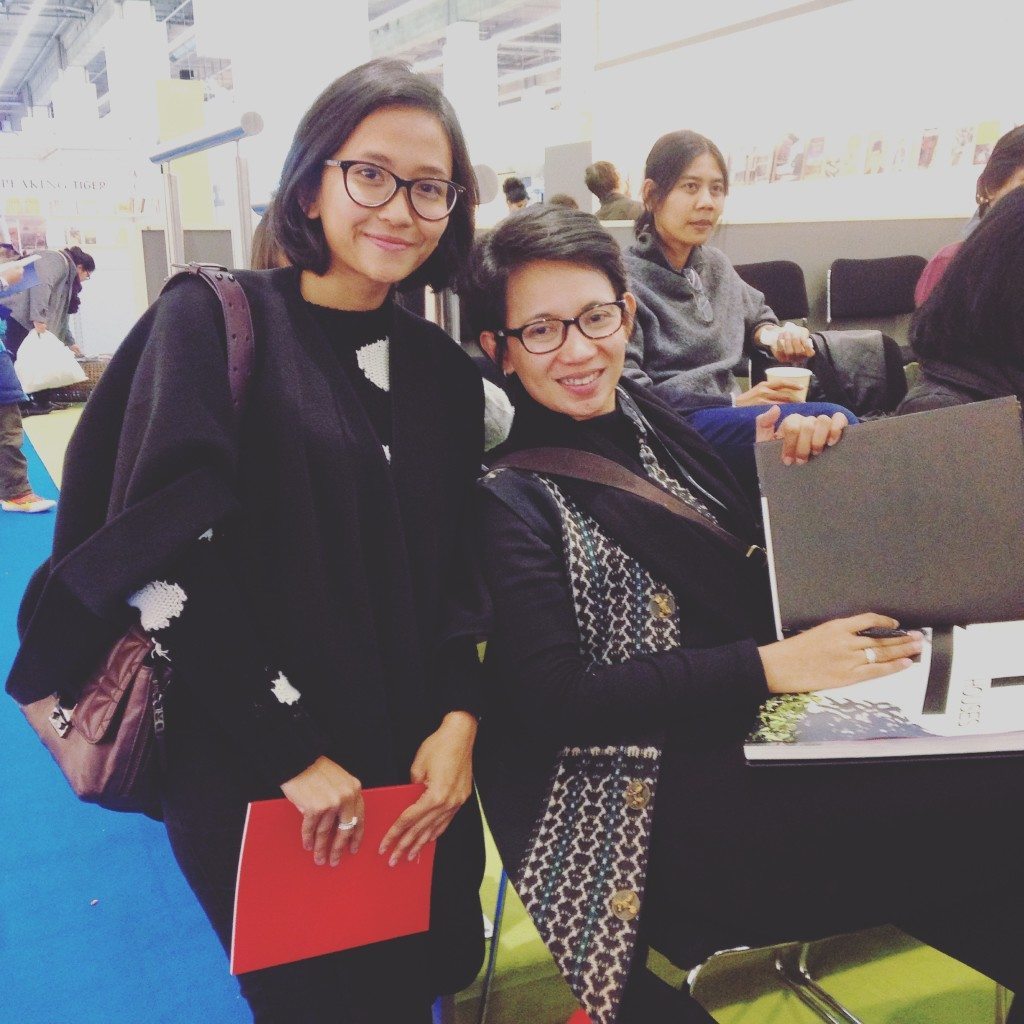 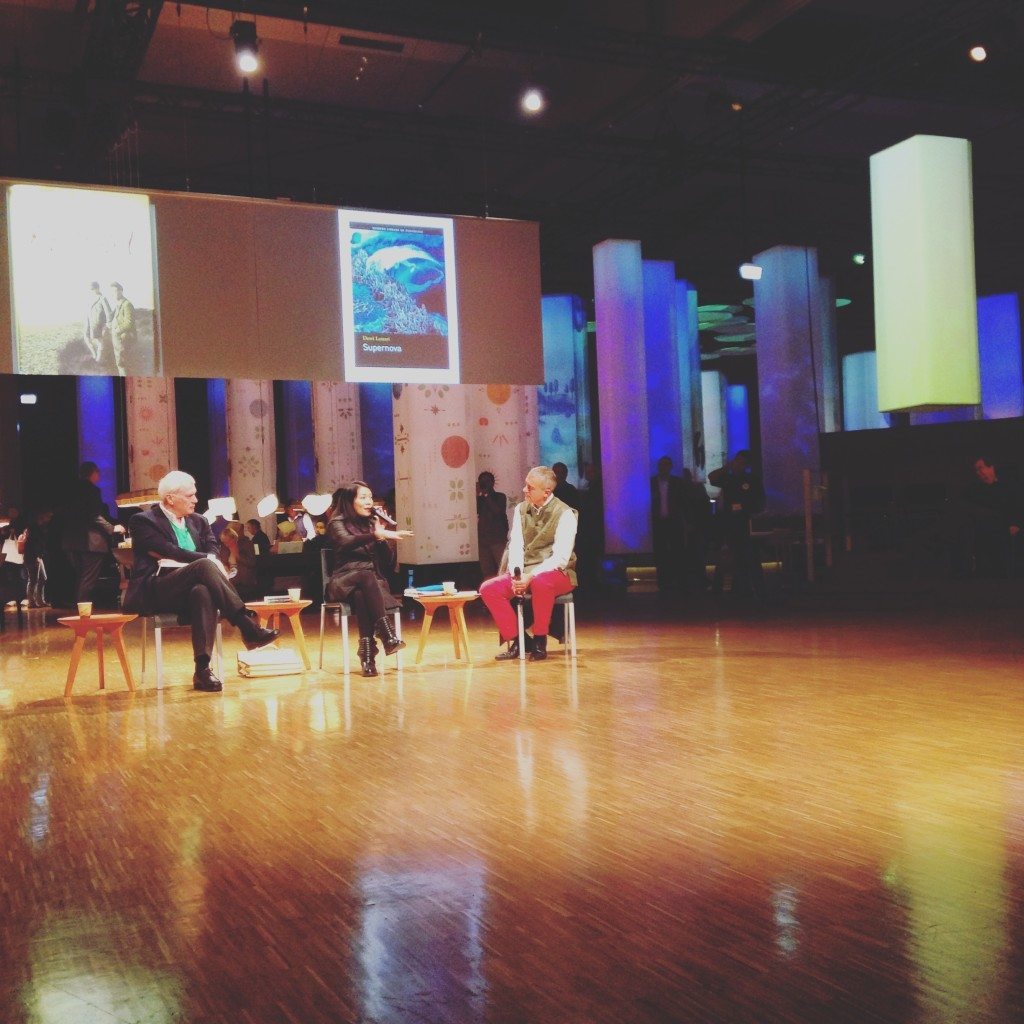 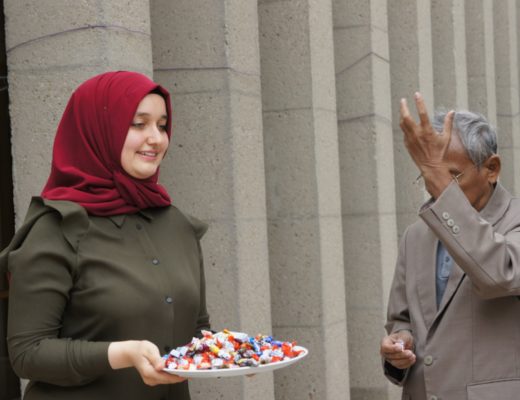 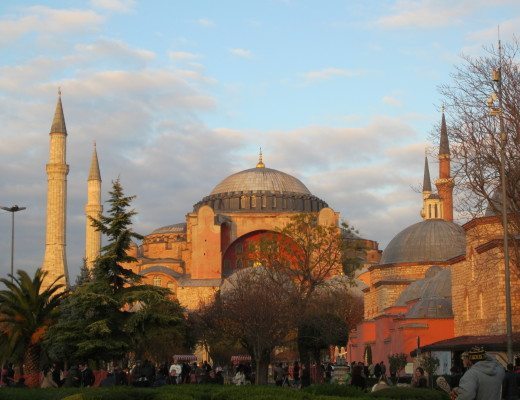 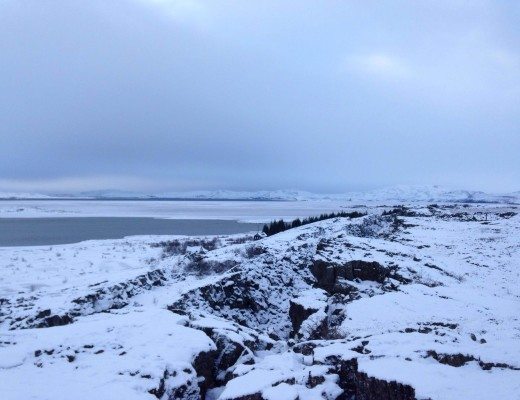